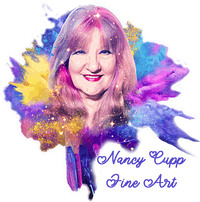 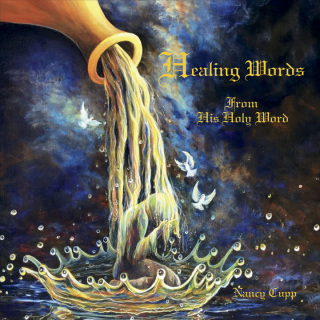 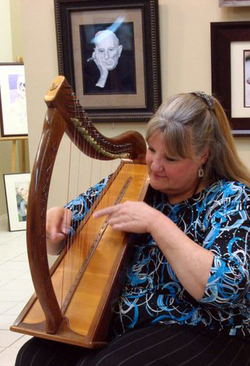 Even the pictures on the walls seem to be listening to the beautiful healing sounds of the harp.

Nancy created this CD as a way to minister to the sick and  hurting.
Nancy Cupp reads healing verses from the KJV Bible, while playing the harp in the background. A few of the healing verses are sung. The last part of the CD is seventeen minutes of improvisational harp music, recorded as it was created. In fact the whole recording was done improvisationally, with the harp music and singing created as it was being recorded. None of the music was written or ever played before.

Romans 10:17 "So then faith cometh by hearing, and hearing by the word of God."

Music as therapy
Harp music is known for it's healing qualities, soothing and calming the listener. Studies on musical instruments have shown that the harp is one of the most healing of the musical instruments. It's vibrations get absorbed into the body and have been thought to change the molecular structure of cells, "recalibrating" them into healthy cells.

About Nancy's harp
Nancy's Atara nevel harp was made in Jerusalem by the House of Harrari, believed to be the first Jewish harp makers back in Israel since Bible times. Micah Harrari and his wife moved from America, back to Israel to fulfill their destiny, making Biblical style harps.  When a noted rabbi visited their shop, with tears in his eyes,  he asked them if they knew the significance of their little shop.  He said that according to ancient writings, when the harps were made again in Israel, the Messiah would come.


Each string of Nancy's 22 string harp corresponds with one of the 22 letters in the Hebrew aleph-bet. It is thought that words can be spelled out with the harp, creating prayers and worship to the Lord, when led by the Ruach Ha Kodesh (Holy Spirit). Learn more about Harrari's Harps, here:
http://harrariharps.com/ 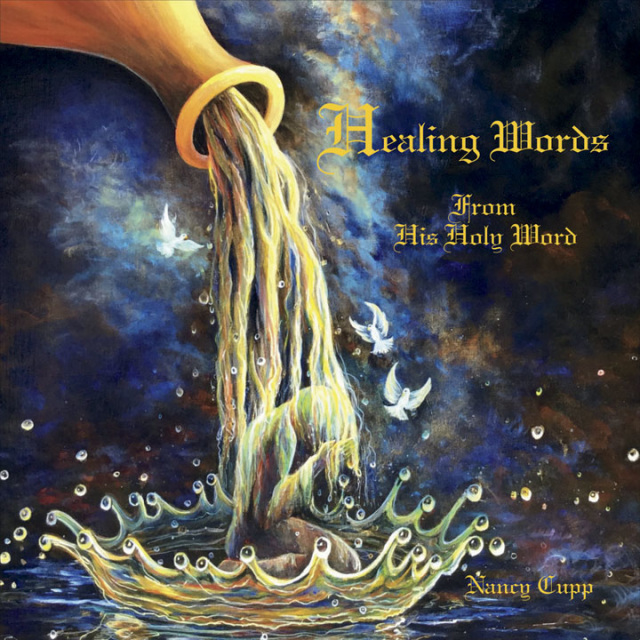